The media industries in the United States and Japan are similar in much the same way different animal species are: while a horse and a kangaroo share maybe 95% of their DNA, they're nonetheless very different animals-and so it is with manga and anime in Japanese and Hollywood animation, movies, and television. Though they share some key common elements, they developed mostly separately while still influencing each other significantly along the way. That confluence is now accelerating into new forms of hybridization that will drive much of future storytelling entertainment. Packed with original interviews with top creators in these fields and illuminating case studies, Manga and Anime Go to Hollywood helps to parse out these these shared and diverging genetic codes, revealing the cross-influences and independent traits of Japanese and American animation. In addition, Manga and Anime Go to Hollywood shows how to use this knowledge creatively to shape the future of global narrative storytelling, including through the educational system. Northrop Davis paints a fascinating picture of the interrelated history of Japanese manga/anime and Hollywood since the Meiji period through to World War II and up to the present day - and even to into the future.

Manga and Anime Go to Hollywood 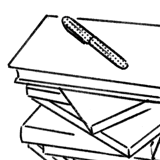 An increasingly important aspect of the anime business is global expansion and focus on international markets. This business-centric volume on Japanese popular contents in Hollywood is expertly compiled by a Hollywood screenwriter and longtime industry insider.

The Japanese animation industry is a multi-faceted, unique system of intricate, interlocking businesses, frameworks, networks and processes. While much has been written on the sociocultural impact of anime around the world, as well as thematic analysis of individual works, in truth there are many aspects which still warrant further discussion, in order to more adequately understand the elements beyond the surface. This list is a compilation of sources of information which may serve as a start to help shed light and contribute to a fuller image of the inner workings and idiosyncrasies of the anime industry.