In Disney animation, the characters move in a way so lifelike, it is as though life has been breathed into them. This magnum opus gives detailed commentary on the expressions and the techniques behind them, along with over 1,000 illustrations and photos. It depicts the passion of Walt Disney, the man who elevated animated movies from “cartoons” to “art,” and the way the staff under his enthusiastic leadership went about making films.
The authors participated in the making of numerous Disney movies, including Snow White and the Seven Dwarfs, Pinocchio, Bambi, Dumbo, and Peter Pan, and were two of Walt’s famous “Nine Old Men,” the animators who built the golden age of Disney films.
The long-awaited Japanese release of a must-read for anyone in animation!
The supervising editors of the Japanese version are Isao Takahata and Yasuo Ohtsuka, who have attended lectures by the authors and revere them as pioneers, and Kuniko Okubo Thomas, the producer of Frank and Ollie. 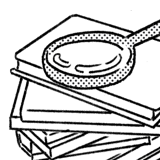 Recently it has become easier to research animation history due to theavailability of prewar and wartime animation online. But even so, there has notyet been sufficient research into the several decades between the beginning ofdomestic animation in 1917 through the establishment of Toei Doga in 1956.This list focuses on the period before Toei Doga’s establishment and presentsmemoirs and critical biographies about animation producers, as well as booksthat offer clues for a deeper understanding of their work.